Save up to 25% on First Subscriptions! | LEARN MORE

Episode 1: The Role of Nutrition in Immunity and Inflammation with Dr. Andrew Abraham, CEO and Founder of Orgain, LLC

Welcome to The Good Clean Nutrition Podcast! We’re kicking things off with the CEO and Founder of Orgain, Andrew Abraham, MD, who dives into the role of nutrition in immunity and inflammation. Listen as he shares his raw and powerful story of his battle with cancer, which inspired him to become an integrative medicine specialist and founder of Orgain. He also shares his views on “clean nutrition” and food as medicine, as well as a sneak peek into the latest product innovations at Orgain. 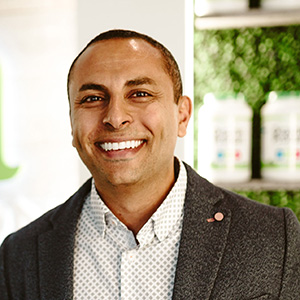 Dr. Andrew Abraham is an integrative medicine physician and the CEO and founder of Orgain. While fighting an aggressive form of tissue cancer as a teenager, he began turning to nutrition as a first line of defense, blending shakes at home using only all-natural, food-based ingredients to replace the low-quality, conventional nutritional shakes given to him by his doctors. Years later, while seeing patients as a practicing physician, Dr. Abraham realized the quality of conventional nutritional shakes had barely improved since his diagnosis, which inspired him to found Orgain in 2009. In addition to leading Orgain, he supports several early-stage, high-growth food and beverage companies as an investor and advisor.

Subscribe to The Good Clean Nutrition Podcast and be among the first to know whenever a new episode is available. Stream or download via these podcast apps:

Disclaimer: This podcast is for informational purposes only and is not intended to be medical advice. The material discussed on this podcast, and displayed on the associated webpage, is not intended to be a substitute for professional medical advice, diagnosis or treatment. Always seek the advice of your physician or other qualified healthcare provider with any questions you may have regarding a medical condition or treatment and before undertaking a new health regimen.